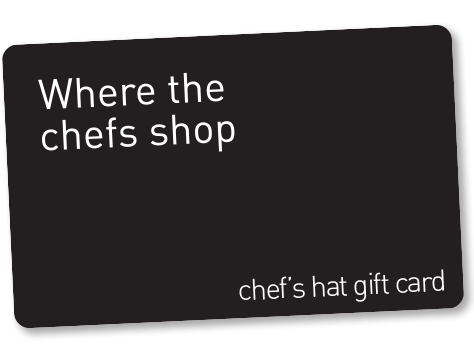 Spoil your loved ones with a chef's hat Gift Card

Or complete the provided form to contact us via email

Our Trading Hours are:
Monday- Friday: 9am to 5.30pm
Saturday: 9am to 4pm
Sunday: 10am to 4pm
CLOSED Public Holidays 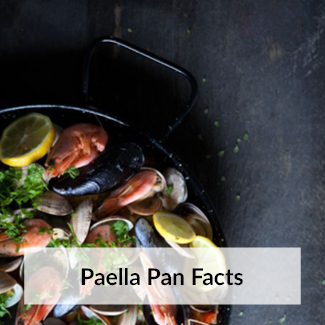 The word paella means more than a recipe, the word takes its name both from the pan in which it is prepared, and the method of preparation which takes its name from the utensil.

The origin of the paella pan is in Valencia, Spain, where legend has it that workers out in the field would cook their lunch in the simplest of implements that were available to them, and using the fresh seasonal ingredients native to Valencia.

How is a paella pan made?

The traditional paella pan is round in shape and made from polished carbon steel. The pan has low slated sides and two curved handles set opposing each other around the rim, and riveted into the side of the pan. The pan is typically flat no more than a few centimetres tall, and the diameter of the pan can vary, but is usually dependent on the number of people to be served.

The material used in making the pan is always thin so as to transmit heat immediately and also to cook quickly when removed from the heat source, maximising heat control. The bottom of the pan is not flat but slightly convex, and characterised by a lattice of small shallow dimples, allowing the rice to become textured through slight variations in cooking conditions.

Whilst this describes the traditional pan, there are a number of other varieties of pan on the market each with its own pros and cons. The most important thing when choosing a paella pan though is to make sure it is going to fit inside your oven or over your stovetop.

What are the different types of paella pans?

This is the classic paella pan, and the one used by professional paella maestros. The advantage of this type of pan is that over time a patina develops from the reaction of many of the ingredients with the steel in the pan. This thin film develops on the steel and imparts a certain flavour to the dish, which, believe it or not to a true connoisseur is the mark of an authentic paella. An authentic carbon steel pan will have a dimpled base which gives the rice a certain texture whilst cooking.

Because the steel is not surface protected, it requires a little more seasoning than other types of paella pans in order to prevent them from oxidising – so always follow the seasoning recommendations. If they do develop any oxidation it can be cleaned off with a scour.

Carbon steel pans are suitable for gas hobs, open fires, and oven. Typically the convex base would make them not so suitable for flat electric or induction stove tops.

The enamelled steel pan is similarly suited for all types of heat sources except for flat electric or induction stove tops.

A stainless steel paella pan will often have a reinforced base making it substantially heavier than a carbon steel pan, and also impairing the pans ability to transfer heat quickly through the steel.

Non-stick paella pans are treated with a special non-stick surface which can make them easier to clean than other paella pans. They also tend to develop a rice crust more easily than the other types of pan though the rice ends up less textured. The disadvantage of this type of pan is that it cannot be scraped with a metal utensil lest the non-stick surface be damaged, and does not lend itself to eating paella direct from the pan.

With our team of industry professionals,
we are commited to servicing the hospitality industry